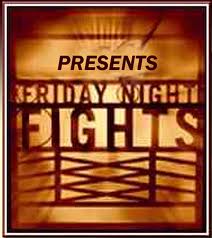 So here’s the deal.  I know I had a post yesterday noting the outstanding women’s bouts over the weekend, but over at WBAN, they’ve posted a piece by Jerry Hoffman that in its essence asks why Golden Boy Promotions is failing to put women’s bouts on their fight cards in California, not to mention televising women’s bouts on HBO, Showtime & ESPN!

It is a good question considering how popular women’s boxing is on the other side of the California border in Mexico where women’s bouts are routinely promoted and televised. 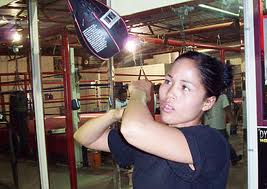 Case in point, Californian Kaliesha “Wild Wild” West who has taken her WBO title and her boxing future to Mexico’s HG Boxing Promotions.  Why?  Can you guess why?  What were her opportunities going to be if she couldn’t get the promotional commitment or exposure she needed to get to the next level?

All I can say is it’s a damn shame because the talent and the desire are continuing to explode at all levels, but without support it’ll continue to disappoint even as other countries in the Americas such as Argentina, Uruguay, Panama and Mexico have become the destinations of choice when it comes to opportunities for quality fighting.

I’d love to hear what people are thinking about all of this so please add in your  ten cents worth.

BTW, here’s a video of fighter you will not get to see this weekend (read why in the WBAN article linked above), California’s 4-time women’s champion Carina “La Reina” Morena (21-3, 6-KO’s).

The YouTube video shows her boxing her heart out as she fought valiantly on January 29, 2011 in her 10-round title challenge against reigning WBA and WBO Female Light Flyweight title holder, Argentina’s own Yesica “Tuti” Bopp (16-0, 7-KO’s). And yes, the fight was heavily promoted and televised because it was held in Argentina. (The fight starts about 10:00 minutes into the video.)