Frida “Golden Girl” Wallberg defeated Olivia Gerula in a ten round decision to retain her WBC Super Featherweight Title.  In a unanimous decision, the judges scored the bout 99-91, 98-92 and 98-92.  As quoted in the Winnipeg Free Press, Gerula said,”Frida was the better fighter and this time around she deserved the win.” 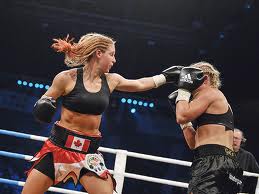 In what appears to be some lopsided match making, the 31 year old, Argentinian fighters from Rafaela, Santa Fe,

The fight is being promoted by Walter Dario Matthysse. 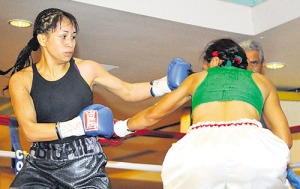 The 21-year old Panamanian fighters Abigail Villar (4-5-3, 2-KO’s) will be fighting a rematch against Yaditza Perez (2-6)  in an 8-round bout for the WBC Latino Light Flyweight Title.  Villar has previously fought and lost in her bids for the interim WBC Female Flyweight Title and the WBC Youth Female Light Flyweight Title.  Kiesher Mcleod-Wells also bested Villar in their 2009 fight at the Hotel El Panama in Panama City.

Also on the card will be a 4-round  super featherweight bout pitting Migdalia Asprilla (2-1-1, 2-KO’s) against Cecilia Montezuma making her professional debut. 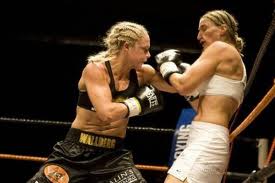 Swedish WBC Female Super Featherweight Title holder, 28 year old Frida “Golden Girl” Wallberg (9-0, 2 KO’s) will be fighting a rematch against the 32 year old Canadian challenger Olivia Gerula (13-11-2, 3-KO’s) in a 10-round main event contest.  Gerula had been the previous title holder having successfully defended the title against three challengers.  In their first outing Wallberg won by a close decision with the scores 77-75, 78-75, 78-75.

Also on the fight card will be a 6-round female welterweight bout will pitting Sweden’s own Mikaela Lauren (10-1, 2-KO’s) against Serbia’s Eva Halasi (9-4, 8-KO’s).

In her last outing, Halasi was defeated by German fighter Jennifer Retzke for the vacant IBF Female Light Middleweight Title.

The card is being promoted by Anders Holmber of Pugnus Boxing Promotions.

For a preview of some terrific boxing, check out the videos of Wallberg v. Gerula I!