I prefer to remember joy and wonder … 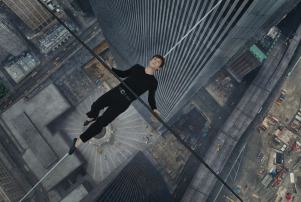 The first time since the summer of 2001.

My office was at the Woolworth Building then and the Towers were my backyard. A place I’d run to to catch the subway, dart into a Children’s Place to pick up little things for my daughter, or to peruse the aisles at Borders Bookstore.

Early that summer, I took my team to lunch at Windows on the World at the top of the North Tower (Building One).

It was a languid lunch, with one of our number who’d moved on coming in to meet with us. We sat by a window looking east towards Brooklyn, marveling at the view, the company, and the chance to take a break during the day. 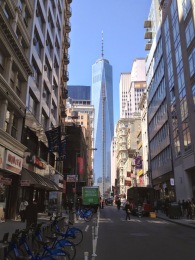 I think of this because when I walk along Fulton Street heading to or from my new office on Gold Street, I am always surprised by the absence of the Twin Towers.

Perhaps I’ll get used to it one day and even catch site of it without a sharp intake of breath as a measurement of the loss I still feel.

But even if each and every sight of it for the rest of my life causes a momentary pause, I’ll also always remember the joy and wonder of Phillipe Petit walking between the Towers on his tight rope.

That and my lunch with the Imagine crew sustains me when I otherwise expect to see the view that never ceased to captivate me–nor burn an ember in my heart by its absence.

We only have each other … women’s boxing 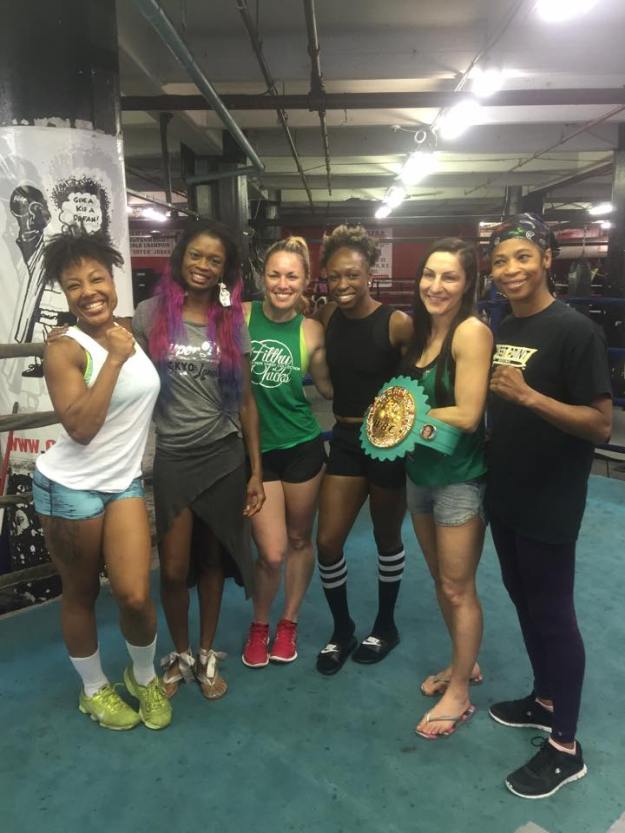 Women’s boxing has garnered a fair amount of press in the United States of late from the split-draw IBF Female Super Bantamweight title fight between Maureen “The Real Million Dollar Baby” Shea (24-2-1) and Luna “La Cobrita” Avila (12-2-1) on Shane Mosely’s Pay Per View extravaganza, to the announcement that Holly “The Preacher’s Daughter” Holm (33-2-3) will fight UFC’s reigning WMMA champion Ronda Rousey in November on the UFC193 card in Melbourne, Australia.

Added to that mix will be Australian boxer “Shotgun” Shannon O’Connell (11-3)  making her North American boxing debut in Toronto against Canadian fighter Sandy “Lil Tyson” Tsagouris. The two will battle in an 8-rounder on the undercard of a PBC/Spike TV card headed by the Adonis Stevenson v. Tommy Karpency WBC World light heavyweight title fight. 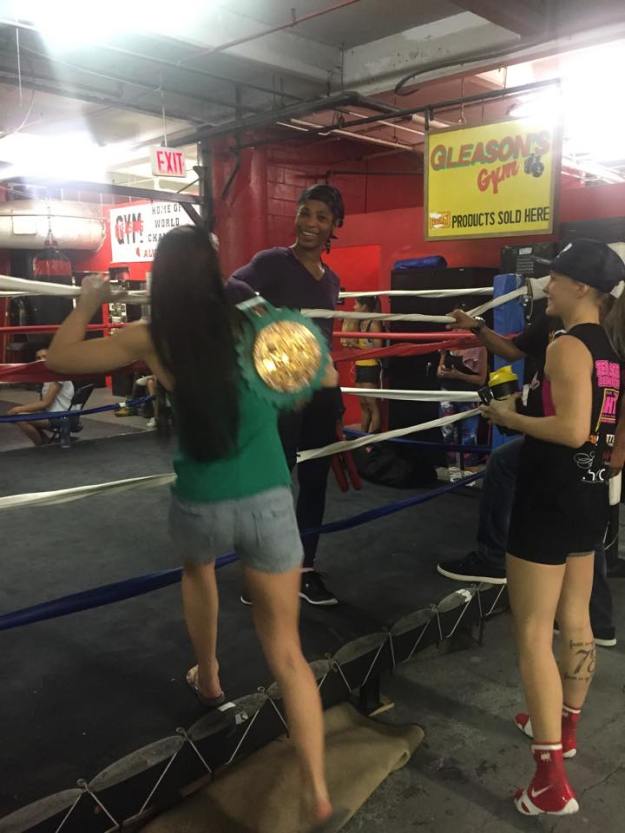 Ahead of her fight, Shannon O’Connell along with two-time world champion Susie Q. Ramadan (23-3) have embarked on a tour of the U.S. with their trainers, promoter Lynden Hosking of Hosking Promotions and U.S. advisor, Eddie Montalvo. The tour has led the two fighters to New York City, and the world-famous Gleason’s Gym where both women had the opportunity to meet with the likes of Keisher “Fire” McLeod, Ronica Jeffries, Melissa St. Vil, Alicia Ashley, and Heather Hardy–a veritable who’s who of women’s boxing champions.

Girlboxing had a chance to meet and talk with O’Connell, Ramadan, promoter Hosking and Heather Hardy who sparred Ramadan for three tough hard-fought rounds.  While the interviews were brief, the sentiment expressed was one of optimism for the sport over all and most importantly of the need for connection and support among the fighters as they battle for recognition and opportunities to practice their art.

Here’s what everyone had to say: