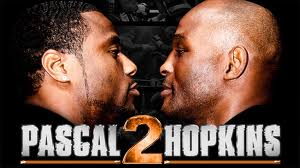 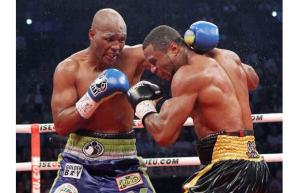 As Girlboxing readers know, I am a woman of a certain age, so watching Bernard Hopkins school young Jean Pascal with skill, tenacity, grit and a master’s knowledge of the game was sweet vindication indeed for the misjudging their first battle received back in December 2010 when Hopkins obvious win was put into the draw column.

Hopkins, a Philadelphia fighter out of the old school, fought his battle with the strength of character and deep understanding of the nuances of the sweet science that has kept him fighting since turning his life around as a young man.  Still, to watch Bernard whose antics in the ring are the stuff of legend was to watch a side of boxing that this generation’s new technicians seem to have lost in translation: that boxing is about heart, soul and bringing oneself into the ring in a kind of symbiotic relationship with the audience who rises and falls with each blistering jab and upper cut.

And so it was last night with Bernard’s right hand leads that towards the latter part of the fight seemed to take Jean Pascal’s breath away and brought the capacity crowd who’d booed Hopkins in the early rounds solidly into his corner. 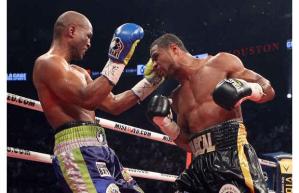 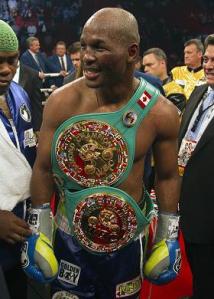 With this win, Bernard Hopkins enters the history books as the oldest fighter to win a major boxing title, in this case the light heavyweight WBC, IBO and The Ring magazine titles, surpassing only the great George Foreman.  He also improves his lifetime professional record to 52-5-2.

In thinking about it, Bernard has seen a lot of fighting and only he truly knows where this will lead him.  As an elite athlete he has long viewed his body as a temple and in “walking the walk” so to speak has eschewed the pitfalls of life outside of the ring in favor of an ethos of right living. Still, Bernard was rocked more than once last night by Pascal’s powerful rights and lefts, and the cumulative weight of a lot of punches over the years can humble even the greatest of fighters. Hopkins has spent his career avoiding getting tagged, however, in his fights with Pascal, he has had to adjust to the quicker hand speed of the younger fighter by putting more of himself into the game. That makes it particularly exciting for those of us who love a great fight, but it is for Bernard to know and for us to say amen, when he hangs up the gloves for good as Bernard says, when he is “about 50.”