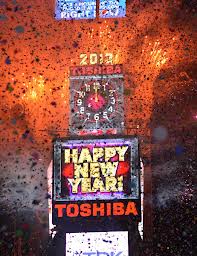 As a young woman, New Year’s seemed loaded with the hazards of the dating life, expectations met and lost, and the specter of a fresh start, though not unburdened with the seeds of doubt regarding those pesky New Year’s resolutions.

A world away from that earlier version of myself – the one in the 1970s garb (OMG!!!), dancing the hustle to Donna Summer at the Salty Dog in the East 80’s on one New Year’s eve or another with my bestie, Jamie, and an assortment of leisure-suited guys – I can say with some assurance that there are some helpful do’s in the resolution game! 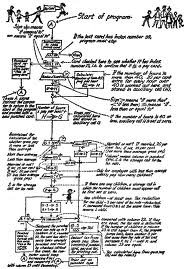 That means instead of promising yourself an elaborate hours long daily workout that involves multiple machines, ab-routines PLUS a LOT of rounds of boxing/running/fill in you’re your own workout poison, how about just promising yourself that you will commit to a regular exercise program with reasonable goals that you can attain as in … January:  I will run (fill in the number) miles per week … et al…

Okay, you have a book you always wanted to write or a new part of the garden to plant or a terrific new glazing technique to try that involves multiple steps and using weird chemicals, or figure this is the year to run that marathon you always promised yourself.

That all sounds great, but first off remember Do # 1.

Do you have the time?

And most importantly, do you feel ready to take on the challenge? (As in, if you have a tricky knee, a marathon may not be in the cards.)

If you do feel as if you have the “stuff” to do it, then in the words of my favorite Captain (as in Picard) … “make it so.”

If not – perhaps a weekly blog will help you “rev” up your writing or consider adding tomatoes this year, or try walking first with your knee brace before taking on light jogging.

Remember that you get a lot of self-“brownie” points for trying, but face your own “Wrath of Khan” if you underestimate the obstacles after having put all that self-capital into believing you would complete the task.

This one is a good one, especially for exercise goals, weight-loss and other “we can do it” attainables that lend themselves to a little friendly competition, not to mention the buddy-system to drag your butt out of bed for those early morning routines – or fun stuff like learning to tap dance, salsa or fox trot, or even putting together your own group to learn Italian, or better yet a fight-club of your own for weekly sparring!

The point is, doing it with a friend (or two or three, or more) gives you camaraderie plus a lot of inspiration for those outer months past the first blush or two when rising for yet another early morning run is about the last thing you want to do.

This one’s a tricky.

Say you really could lose a few pounds, but the truth is it’s not in the cards right now. Well have the guts to say, nope, not now. The same thing with adding days to your workout schedule at the gym or even giving your mother a call every Sunday morning.

The point is to be aware of what is and is not attainable or desirable for yourself before you launch into things that you just can’t handle.

Better to take on fun things like catching up on your British police procedurals (Prime Suspect – all seven seasons – is on Netflix), than to burden yourself with daily yoga or insight meditation when you’re just not ready for it.

The same goes to being nicer to people you don’t like and all the other things we add to our lists.

The point is to make it work for you. After all, you don’t have to be a New Year’s resolution overachiever!

So think through the sorts of things that have meaning to you not to what has meaning to others and if this is your year to run a marathon, then have at it. Otherwise, content yourself with cutting back on caffeine after 4:00 PM or doing Sun Salutations on Saturday mornings instead of burdening yourself with the whole enchilada, so to speak.

Do #5: Sometimes grand is good!

Okay, yes, this does fly in the face of Do #2, but there’s nothing wrong with going for it either!

So if you are up for it — take the challenge!

That could mean boxing in the Golden Gloves or fighting for a WBA female title!

Whatever it is give it your best and if it means going full-throttle than by all means do!

You deserve whatever goal you think you can achieve no matter how large or how small.

I’m not saying that risk is everything – but without it, we lose our creative edge, which I figure is what we’re all about anyway.

Put it this way, whether it’s finishing the book on time (hint to self), working through the ills of your body to come back into the game or readying yourself to go for the gold at the Rio 2016 Olympic Games … there is no better time than today to overcome whatever obstacles stand in your way.

Whatever you resolutions, I’d like to wish my Girlboxing pals all the best in 2013 with the sincere hope that whatever it is you do – this is your year!!!