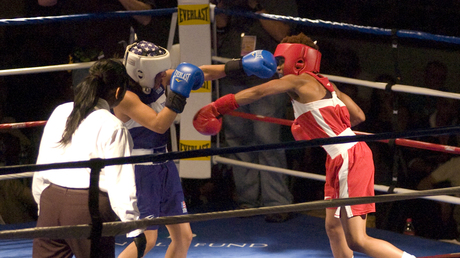 There will be just 24 women competing, 24 women who have worked harder than they ever thought possible to gain the right to compete in the first-ever Women’s United States Boxing Team Olympic Trials.  Set to run for six short days from February 13-19, 2012, the women who represent the best that elite women’s boxing has to offer will once again, box their hearts out for one of three Olympic weight divisions spots that will see them go on to the 2012 Women’s World Championship Olympic qualifier in China this coming May.

Set to compete at the Northern Quest Resort in Airway Heights, Washington, just outside of Spokane, these resilient competitors representing the Pan American Games, USA Boxing National Championships, Golden Gloves Championships and National PAL Championships, have not only fought hard-won competitions, but the long odds of battling through the lingering doubts about the sport and whether women should fight at all.  Still, they have all come to do battle, and to a person, shall be shouting out a mantra of “I want to win.”

Win or lose, these women should remain forever in our hearts as the champions they truly are!  THEY ARE THE CHAMPIONS!

Super Bantamweight and previously undefeated boxer, Emily Klinefelter (9-1, 3KO) is reportedly out of danger after suffering a burst blood vessel this past Saturday night in Iowa City, Iowa in the third round of her bout with boxer Christina Ruiz (6-3-1, 4KO).   Klinefelter was knocked-out cold following repeated blows to the head over the course of the scheduled six-round bout.  The Daily Iowan, Klinefelter’s hometown paper, has the story here.  Fight News has the story here.

Girlboxing sends our best wishes for a speedy recovery to Emily and her family during this difficult time.

The Fighter an all-Male story?

Director Catherine Hardwicke, best known for directing 2008’s blockbuster movie, Twilight has  revealed that she was prevented “from pitching to direct The Figher because she’s a woman.”

“I couldn’t get an interview even though my last movie made $400 million. I was told it had to be directed by a man — am I crazy? It’s about action, it’s about boxing, so a man has to direct it … But they’ll let a man direct ‘Sex in the City’ or any girly movie you’ve ever heard of.”  Read the full story here and here. 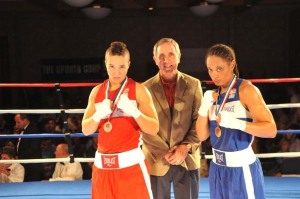 The 2011 USA Boxing National Boxing Championships will be held in Colorado Springs, Colo., for the second year in a row.  The tournament will run from June 20 – 25, 2011.  As noted on USA Boxing’s website, “ the six days of tournament action will feature over 300 of the nation’s top male and female Olympic-style boxers, culminating in final round action on June 25.”   This year’s competition will be particularly important with one year to go before the qualifying bouts for the debut of women’s boxing in the 2012 Olympics.  With such nationally ranked fighters as Queen Underwood, Cashmere Jackson and Andrecia Wasson in contention for championship titles in their respective weight classes, this year’s bouts should be particularly exciting.