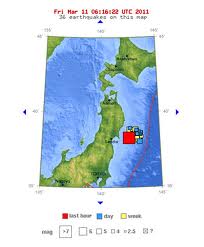 Our hearts go out to the people of Japan as they recover from the devastation of last night’s 8.9 earthquake.  These sorts of events remind us that much of life is out of our control and that no matter how hard we try and how much we prepare, life happens.

The images of a wall of water in some places as high as 30 feet making is way inland over the farmlands and towns of Northern Japan also remind us that life’s knockdowns are filled with twists, turns and the ripple effects of an original event.

Still whether a knockdown in the ring, a terrible personal loss or the experience of an overwhelming natural event, the point is to do one’s best to “roll” with the punches while helping others who may be worse off than ourselves.

UPDATE – scarier than we knew …

The tsunami has had devastating effects on the countryside in the region of Sendai — and now, there are two nuclear power plant facilities that have been declared nuclear emergencies.  One of the plants just sustained an explosion of one of its nuclear reactors, and the roof of that reactor has reportedly collapsed.  Experts are stating that a “Chernobyl”-style incident is unlikely due to the reactor’s design, still, it seems that a meltdown of some kind is occurring — along with the potential for catastrophic outcomes.  It’s not for this post to comment on the relative merits of nuclear power, suffice it to say, we fear for the human toll of these extraordinary events and urge everyone to provide what assistance they can during this terrible time for the people of Japan.

>>> One suggestion is to text REDCROSS @ 90999 to make a $10 donation in support of Red Cross disaster relief efforts for earthquake victims in Japan.

For further updates, the New York Times is here.  Guardian (UK) is here.

I didn’t see it coming… 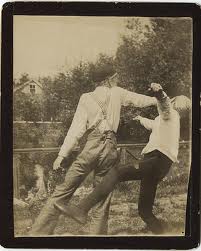 Sometimes one can say “I didn’t see it coming” and eat canvas literally or figuratively.  Whether it’s a quick right to the temple or bad news in an email the effect is pretty much the same — shock, awe and a stunned sensation before jumping up for the mandatory eight-count in the hopes of mitigating any further problems.

The thing is somewhere between the canvas and the wait that seems forever before you resume your fight, the mind is racing all over the place with the calculus of just how you got to canvas in the first place.  As if reliving all the moves in a chess game and all the possible outcomes if only move b replaced move a, the momentary, “I got caught” feeling takes one down a path of roads not taken.  That space also brings the sickening shoulda’, coulda’, woulda’ sensations of lost opportunities as one licks back the blood, shakes it all off and readies for what happens next.

When it’s a life moment:  a sick parent or sibling or spouse, the death of someone close, those sensations are not very different.  We reel with stars and that winced brain feeling, choke back the giant ow, and somewhere in the midst of getting back to ourselves walk down the how-come-I-didn’t-see-this-coming path.  And it’s the I-should-have-known feeling that really lays us out because the longer we hold onto those feelings, the longer it takes to get back to our best game.  Those are the moments when we take to our beds and hiding in a tight ball under the covers absorb the waves of emotions that inevitably come with difficult news — or news we just don’t want to absorb.  At some point, however, the covers have to come off ’cause as nice and warm and cozy as the bed might seem, it’s not the messiness of a well-lived life.    Sometimes all it takes is a good night’s sleep before perspective kicks in and one finds in the promise of a new day, opportunities to move on with a feeling of joy for all the things you can see.  Let’s face it, no matter how hard we try, some things just get away from us and while we can dwell in the unfairness of our inability to “see” — as my Theravada Buddhist Dharma teacher used to say, “it’s just that.”