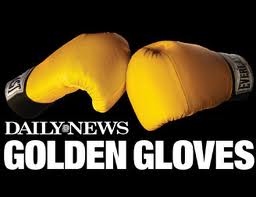 The Golden Gloves finals will be on April 7 & April 8 @ the Madison Square Garden Theater!  Come on out for two great nights of fighting — no doubt you’ll be watching some future Olympians and world champions!

The fight roster is listed here.

For more information on tickets click here. You can also contact Gleason’s Gym. They’ve set aside a nice block of tickets and still have some available, but you’ve got to act fast! Call (718) 797-2872 or email info@gleasonsgym.net.

And get ready for the Finals to be held at the Theater @ Madison Square Garden on Thursday April 7th & Friday April 8th, 7:00 PM start!

Gleason’s own four-time Golden Gloves winner Sonya “The Scholar” Lamonakis #1 ranked WIBA U.S. women’s heavyweight will be fighting on the undercard of the Sergio “Maravilla” Martinez vs Sergiy Dzinzinuk bout on March 12 @ Foxwoods to be broadcast live HBO.

For a limited time, Gleason’s Gym is offering tickets at $75 each.  (Purchasing through Gleason’s will save you the $12 service fee.)

Gleason’s advises to buy tickets now as they are going fast.  For more information contact Gleason’s Gym at (718) 797-2872 — you can also request information by email: info@gleasonsgym.net.

Click here for a nice write-up on Sonya by Peter Czymbor entitled Sonya Lamonakis: Lady Likes to Fight over on the 8 Count News Boxing/MMA website.  The link is here.

Gleason’s own Sonya “The Scholar” Lamonakis #1 ranked WIBA U.S. women’s heavyweight and four-time Golden Gloves winner will be fighting on the undercard of the Sergio “Maravilla” Martinez vs  Sergiy Dzinzinuk bout on March 12 @ Foxwoods to be broadcast live HBO.

For a limited time, Gleason’s Gym is offering tickets at $75 each.  (Purchasing through Gleason’s will save you the $12 service fee.)

Gleason’s advises to buy tickets now as they are going fast.  For more information contact Gleason’s Gym at (718) 797-2872 — you can also request information by email: info@gleasonsgym.net.

Women in the Ring 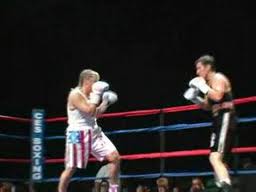 AP’s Tim Dahlberg has a feature piece out about Christy Martin and her upcoming bout against Dakota Stone on the undercard of the March 12, 2011 Showtime PPV Cotto-Mayorga fight.

A money quote from Dahlberg’s piece with respect to women’s boxing is Bob Arum’s take on the sport:

“Ask promoter Bob Arum and he’ll tell you the biggest problem with women’s boxing is that men don’t particularly like to see women hitting each other, and women like it even less. Though the sport has a small dedicated fan base, women in the ring are generally treated as a side show by fans and boxing promoters.”  This article is really worth the read here.

As a reminder, the other great women’s bout on March 12, 2011 will pit WIBA #1 ranked U. S. Heavyweight, Sonya “The Scholar” Lamonakis (3-0, 1-KO) against Tanzee Daniels (4-0, 1-KO) on the undercard of HBO’s Martinez-Dzinziruk fight to be broadcast live from Foxwoods.

You can also contact Sonya Lamonakis for ticket information by calling Gleason’s Gym @ 718-797-2872.

At the aptly named, Justice Sotomayer Center on Wednesday night, February 23rd, the first women’s preliminary boxing bouts of the year will be held across several weight classes.

Girlboxing had the chance to sit down and talk with Sonya “The Scholar” Lamonakis (3-0,1-KO)  as she readies for her upcoming heavyweight bout against Tanzee Daniels (4-0, 1-KO) @ Foxwoods on March 12, 2011.  Recently ranked the #1 women’s professional heavyweight in the U. S. by the WIBA, Sonya is excited about the prospect of fighting on the under card of the much anticipated, Sergio “Maravilla” Martinez vs. Sergiy Dzinziruk bout.  The fight card, promoted by DiBella Entertainment will be broadcast live on HBO.  This will be Sonya’s 4th professional fight since turning pro in June 2010. 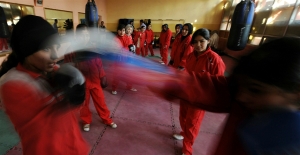 MSNBC is carrying a fabulous photo essay of young Afghani women boxing.  The joy in their faces says it all.  The link is here.  The photographs were shot by photojournalist Shah Marai for AFP. 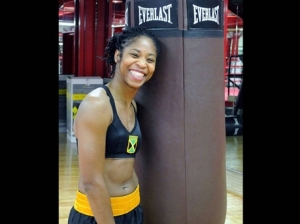 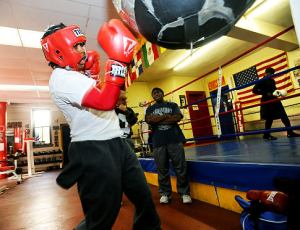 The New York Daily News in its continuing series on up-and-coming Golden Gloves contenders had a terrific piece on Olympic hopeful LaTarisha Fountain.  The former point guard for Pace University won her first Golden Gloves last year at 152 lbs. and hopes to repeat it again in her quest for a spot on next year’s US Olympic Women’s Boxing team.  The link to the article is here.

As a reminder, this year’s Daily News Golden Gloves gets underway on Thursday, January 20th at B. B. Kings Club. 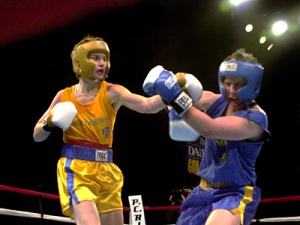 If you’re in New York City with the threat of a snowstorm later this morning, it’s hard to imagine that spring is on the way, but it is.  The 84th Daily News Golden Gloves first week of competition begins at B.B. Kings on January 20th.  The prestigious series will culminate in two nights of action-packed boxing at Madison Square Garden on April 8 and 9, 2011.

This year the organization has worked to entice more women to participate in the competitions.  As a run up to the 2012 Olympics, the storied Golden Gloves will be an excellent platform for moving on to USA Boxing sanctioned national tournaments during this all important year for Women’s amateur boxing.

The Golden Gloves series will run weekly competitions leading to the quarter-final bouts beginning on March 4th, followed by the semi-final rounds commencing on March 17th.  These fights are exciting to watch and support — and as for the finals, they make for two terrific nights of boxing.

REMINDER: Alicia “Slick” Ashley has her “main event” bout on January 13, 2011 at the Brooklyn Masonic Temple.  You can contact Gleason’s Gym for further information or tickets here.