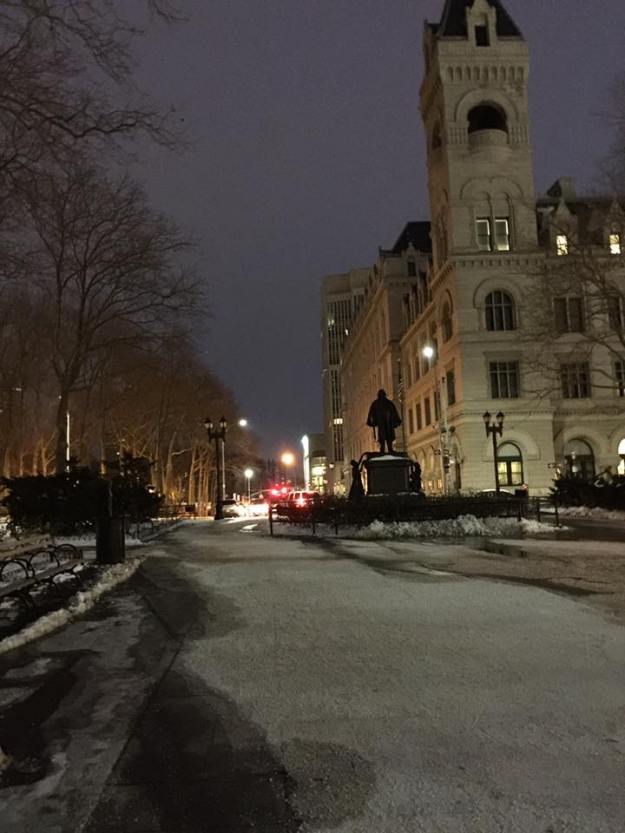 I’ve been hitting Gleason’s Gym three days a week since the beginning of September.  The usual schedule has been to get to the gym before seven—two mornings a week, putting in around 16 rounds plus 100 sit-ups before the rush to get to the office. On Saturday mornings, I put in a longish workout to net out about 20 rounds of work plus sit-ups (150 this past Saturday), including sparring with my trainer, Lennox Blackmoore.  I also take time to stretch and get in a fair amount of schmoozing. 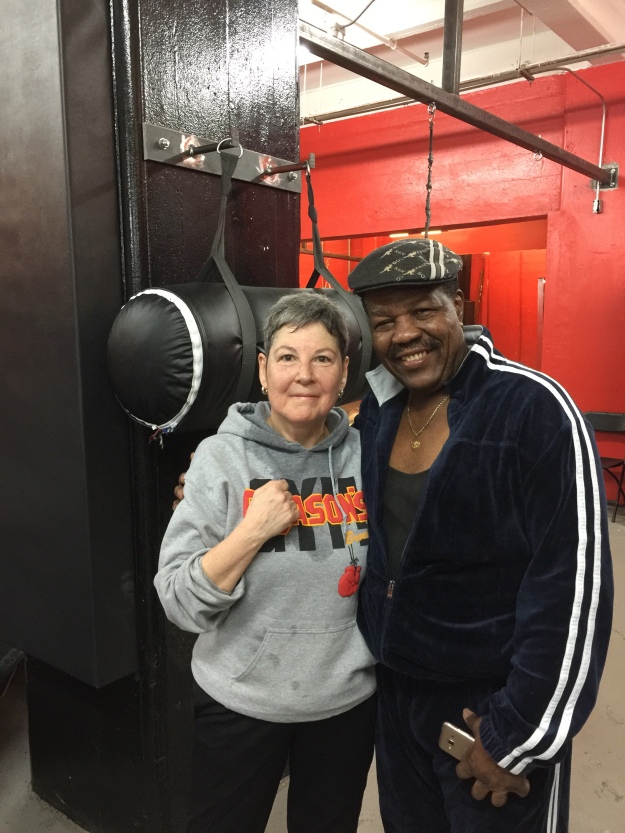 Len and I having been sparring for a couple of years with some regularity, but bits of minor health issues on both sides have pushed us off the mark for the last couple of months.  We’ll certainly pick it up again, but the return to more consistent pad work, plus extra rounds on the heavy bag have given me new insights into the sweet science. 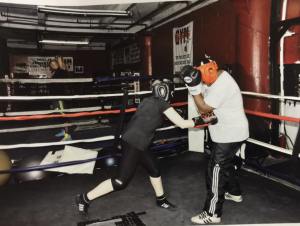 The regular training is also a barometer on all the other aspects of health—mental and otherwise, and given that my weight’s been creeping up over the last six months (seeing the doctor on that one given that I eat and exercise about the same), it’s been interesting to measure its effect on the illusive construct of stamina.

What Len will say is stamina is a matter of mind—and there’s nothing like a hard workout at 7:00 AM to test the theory because, let’s face it, some mornings have just been awful, or have had bits of awful that flower as a chrysalis into “oh what a beautiful morning,” great.

This morning’s boxing was a case in point.  Having gotten up at 5:30—after a less than great sleep—I managed to find my way through my morning “ablutions.”  By 6:30 I was bundled against the 19 degree temperature, slowly making my way through Cadman Plaza to walk to Gleason’s, but not before stopping a minute to take a picture of the buildings and the small park set against the pre-dawn sky.

By the time I walked through the door of the gym, I was resolved to push through the tiredness I felt—but there was nothing doing, when it came to my first couple of rounds shadowing boxing.  In fact, we are talking, an “Oy, are you kidding me?” kind of creakiness as my knees crackled, my neck stiffened and barely turning from side to side, and with my supposed stamina nowhere to be found.  By the time round one with Len started, I could barely crank my arms to limply hit the pads—especially the right which earned me a cranky “wake-up, wake-up, straighten out your arm and turn your hip.”

I just nodded, wishing that I could find some pithy retort, other than to give it another go.

This from throwing the right with too much elbow sticking out from the inside.

“And turn your hip!”

“Yep, got it,” I replied, not really having got it, but figuring if I kept hitting it that way it would eventually find it’s mark.

Catching a glimpse of the clock between rounds, I did an inner groan at seeing it was only 7:35, but gamely turned to keep going at it.

By round three, it did start to make sense; it also brought me to an epiphany about stamina.  I was so busy trying to work through the task of throwing a straight right from the inside that I was starting to forget that I was tired and achy and less than enthused.  The previous workout I’d had, had been my best in weeks. I’d been peppy as I shadow-boxed for four rounds, and even peppier when Len and I went a full six rounds on the pads in the ring. Having it to ourselves meant that we really worked the corners and when it was done, I went on to the small water bag for four rounds, the doubled-ended bag for four rounds, and finished with four rounds on the speed bag before 150 sit-ups and a lot of stretching.

The determinate in that case had been a decent night’s sleep—but for the workout at hand, something else was kicking in. Not exactly an extra gear so much as finding the space to just be. In other words, I was getting out of my own way and in doing so; tiredness, creaky bones and all of the other obstacles that had seemed fairly insurmountable began to peel away.

By the end of the fourth round I was ready to keep going—but having caught another glimpse at the clock I realized I didn’t have too much time left before I had to get going for work. Still, I remained in that moment, so to speak, as I practiced the straight right on the double-ended bag, and posed problems to myself from different angles and in different combinations from different sides.

And yes, my stamina was there. I could have kept going for many more rounds despite less than ideal sleep, and all of the other impediments that had felt like lead weights around my ankles.

I’ll be getting to the gym again tomorrow morning. With some luck, I’ll be able to pull the focus trick that’ll lead me to feeling bouncy and fit as I gyrate around the ring. And maybe if that happens enough times it’ll be more of a habit of mind than thinking that it’s only a manifestation of my physical condition—time will tell.