Of endings and beginnings … 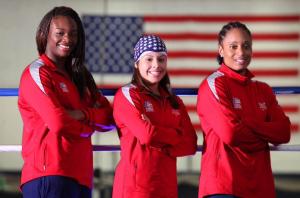 As is inevitable for this time of year, we relive our triumphs and disappointments and much like the wisdom espoused by the rituals of the Jewish High Holidays, may even set about examining those aspects of our lives we are most proud of and those we may be at a loss to explain.

In considering my own 2012 I certainly ran the gamut from graduating with my master’s degree to emerging from surgery on my shoulder with a pathetic wing that has taken months to set right.

Meanwhile, my own highs, lows and in-betweens are graced by the luxury of lots of comfort, a loving family and a Brooklyn home that experienced nary a sprinkle during Hurricane Sandy.

I’ve also gotten a book contract, my straight right back and a husband who even squired me to the movies two days running over the weekend!

Counting myself among the luckiest of the lucky, I also keep in mind the triumph and trials of my pals at Gleason’s Gym, the thirty-six young women who courageously took up the gloves to box at the London 2012 Olympic Games and another year in the history of women’s fight for equality whether it be in the boxing ring or the hope that a bus ride home in New Delhi doesn’t result in a brutal gang-rape and death.

Maybe it’s the latter that saddens me most.

I’ve been around a long time and the fact that a woman still isn’t safe whether it’s in New Delhi, Johannesburg, London or the Bronx reminds that me that for all our female bravura at embracing martial sports, the fact remains that there is always some part of what we do that is informed by our need for self-defense.

Talk to my thirteen-year-old about it and she’ll regale you with how to leg sweep a potential attacker or such street savvy stratagems as using big glass store front windows to check on who is walking behind her. The operative thing here is that she is thirteen and has already experienced men saying gross things to her on her short walk between school and home. And while her martial art, Aikido, is defensive in nature, it hasn’t stopped her from figuring out that sometimes the best defense is offense: that and the sense to scream, act crazy and run like hell.

So if we are talking New Year’s wishes, mine is to end assault with the first toll of midnight … that said, keep up the fight to claim the boundaries of the ring as your own, whatever your ring happens to be.

1 thought on “Of endings and beginnings …”