“A Boxing ‘Ohana” – a documentary in the making … 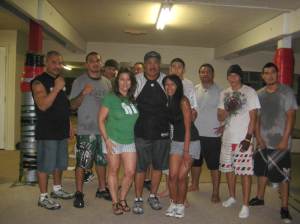 A Boxing ‘Ohana is a documentary in development by the New York based filmmaker, Sasha Parulis. The piece will be a short film about Sonny Westbrook and his gym, The Kona Boxing Club. Set on the big Island of Hawaii, Parulis envisions her work as a tone poem to the hard work of the gym and Sonny Westbrook’s efforts to create an ‘Ohana or family among his young fighters.

Sonny Westbook is most known for his recurring role on the reality show, Dog The Bounty Hunter. Sasha Parulis met Sonny two years ago during a visit to Hawaii and was moved to begin her project. “He is a kind soul,” she said, “People need to know who he is. He is also a mentor to a lot of kids.” 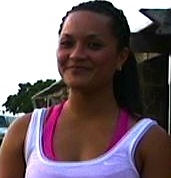 It is his role as a mentor to troubled youths that most impressed Parulis. As she notes, while we may all think of Hawaii as a honeymooners’ paradise, the island is beset with the devastating effects of methamphetamine on the community. This has torn families apart and has left a generation of kids with nowhere to turn. What Westerbrook has attempted to build is a place where upwards of 15 young people can go to feel safe and through the discipline of boxing, find a way out of their troubles. In the words of the filmmaker, the story of The Kona Boxing Gym is at heart a story of “transforming the survivors of troubled times into warriors.”

Parulis also sees her film “as an educational outreach tool,” one she hopes will prove inspiring to everyone who watches. She will be returning to Hawaii soon to continue filming with an eye towards having a finished product sometime next year. The following is a clip of her project so far.

For further information the website link for the film is as follows: www.aboxingohana.com