Girlboxing is sorry to report that Franchon Crews  lost her quarter-final bout tonight, however, she fought a tough, close fight and deserves our profound thanks and applause for all of her incredible efforts!  Three cheers for Franchon Crews!!!

Queen Underwood ahead of her Pan Am Games fight, Photo: Pat Graham/AP

While it is true that both Christina Cruz and Queen Underwood endured tough, tough close bouts which found them on the losing end of the quarter-finals at the 2011 Pan Am Games, their accomplishments must be applauded loudly and often as we fete two of the three first time USA Boxing participants in Women’s Boxing at the Games!

Girlboxing for one sends out a HUGE shout out to these formidable athletes with the hope that they will both shake off their losses and come back strong at the up coming first-ever Olympic Trials for Women’s Boxing ahead of the London 2012 Olympic Games!

Up next, Franchon Crews in her quarter-final bout against Canada’s Mary Spencer on October 23rd (later today)!

If you want to watch the Pan American Games Live click here!

The Olympic Trials Participants are as follows!!! 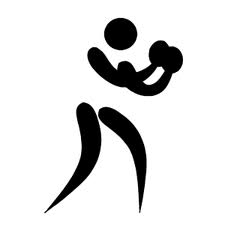 The three winners will then compete in the sole international Olympic qualifier, the Women’s World Championships, scheduled to run from May 21-June 3 in Qinhuangdao, China.