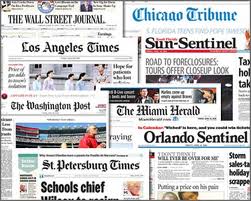 Here’s five recent press pieces related to women’s boxing that might be worth taking a look:

1.  Winning Starts Before the Fight:

Seattle based 2012 Olympic hopeful Queen Underwood who recently won two title fights at the first Women’s International Dual Series held in Oxnard, California is profiled in this piece.  The article was written by Alan Abrahamson and is published on Team USA’s boxing site here.

A terrific article about personal trainer Lada St. Edmund, who started boxing in her 50’s and is now getting ready to take her exams to become a boxing referee. The piece was written by Brian Heyman for the New York Times and can be viewed here.

3.  My life in Sport: Daniella Smith:

The New Zealand Herald has an article by Dana Johannsen about New Zealand’s boxing champion Daniella Smith who recently won a ten-round fight in Berlin, Germany over Jennifer Retzke to gain the vacant IBF women’s welterweight title.  The mother of two began boxing 12 years ago and turned pro in 2005.  The article can be found here.

This piece in the LA Times written by Nate Jackson is about the organization KnockOuts for Girls (KO4G), a not for profit “boxing charity that specializes in training, fundraising and providing scholarships for underprivileged girls.”   The group recruits amateur and professional boxers as well as active models with an interest in the sweet science to help support the organization’s many programs.  The group’s website is here. The article can be found here.

Over at Maxboxing.com, Ryan Maquinana has a written an article on the dearth of women fighters on big-name fight cards.  Referring to WBO super bantamweight champion, Ana Julatan, Maquinana makes note of the fact that her half-time visit on the court of a recent Golden State Warriors-New York Knicks game caused pandemonium in the stands.  His point is if she is such a crowd pleaser, how come Julatan and other terrific women fighters are nowhere to be found?  This piece is well worth reading and talking about. The link to the article is here.