Stereotyping women and other issues in the fight game. 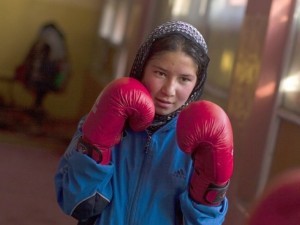 Watching how the mainstream media has grabbed a hold of women’s boxing as something to promote in positive terms is nothing short of marvelous.  Whether it is media in the US, Europe or Asia, however, questions of a women’s “place” in the ring still linger even as national teams ready themselves for the 2012 Olympics.

What I’ve found most interesting are the spate of recent media pieces coming out of Asia.  Here are a few examples.

From India comes this story:

‘Stereotyping women cannot work anymore’ by a staff writer from the Hindu Times. And includes the following quote:

Stereotyping women cannot work anymore and men who claim that women cannot match their abilities are in deep trouble. Even those who choose to stay as homemakers can bring in value addition to their families.

Boxing: Women’s event planned amid hardliners’ wrath by Natasha Raheel for the The Express Tribune.

After being asked by the International Amateur Boxing Association (AIBA) to start a women’s boxing programme in 1996, the plan failed due to protests by hardliners who opposed the idea of females gearing up to step in the ring.

However, after a lapse of almost 16 years, the Pakistan Boxing Federation (PBF) – facing the rage of conservative groups but surrounded by talented women – has decided to hold exhibition matches in April.

From China by way of ABC Radio Australia:

TANG ERMIN (Translation): These girls who we’re training have a passion for boxing. In the past, these girls didn’t have an opportunity to participate. They could only watch the boys fight. They’re very focused on the sport now because they’ve been given the chance to become a boxer.