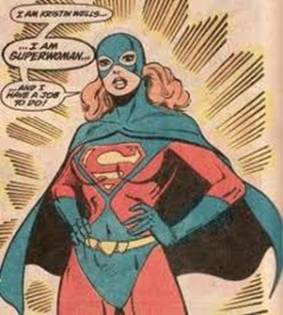 Having gotten back into my boxing groove starting at the end of December when my surgeon gave me the all clear to whale away, my body has begun to find its power again. It’s not all the time or even some of the time, but an occasional thing when I’ll come upon something that I can lift with ease even though I know it’s really heavy, or when I’m about to finish up my light run from my house to the gym and realize that I could keep going for quite a ways.

That sense of comfort with my body or the sense that it has power is not something I’ve had very often in my life. Growing up in NYC in the 1960s meant very little by way of sports–as in punch ball, stoop ball and King, a kind of hand ball where each person had one concrete square in the sidewalk as their “box.”

At summer camp I swam and otherwise did what I could *not* to have to play softball in the heat of the afternoon in a field swarming with no-see-ums. As for basketball, I was hopeless when it came to anything but drippling the ball. The only running I ever did in those days were “chase” games and aside from tap dancing lessons at the age of 12 (for three months at Charlie Lowe’s School where I learned to use my “personality”), I didn’t do much of anything until my mid-thirties when I began to run. 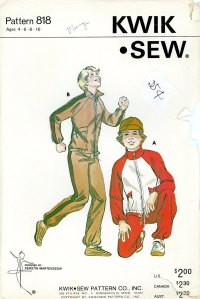 The jogging craze that began in the 1970s seemed to pass me by. Sure I tried it, but huffing and puffing for a block or two along the East River of Manhattan on the Upper East Side near where I used to live (and admittedly sucking back a cigarette or two), even along side a boyfriend, just wasn’t for me. Aerobics in cute white Reeboks was also “not my thing,” and if I exercised at all it was disco dancing at places like The Salty Dog, where I could happily gyrate for hours at a time.

Flashing forward to the late 1980s, my body still woefully unexercised, I decided to take up running in a bid to quit smoking. My first runs, attempts to run around Central Park were pathetic. I barely made it down two blocks, never mind to the park, while my chest heaved in pain and spasmed from coughing fits. Knowing that I needed to rid my lungs of years of inhaling junk into them, however, gave me the motivation to persevere. The remarkable thing was that by the end of the first week of daily runs, I was able to run ten blocks and by the end of a month I began to eschew distance for time having ran for thirty full minutes. By the second month my runs were taking me the full circuit around Central Park including the famed 110th Street Hill–a run that took me an hour door-to-door to cover the seven miles. Throughout that Spring I pounded my way through the Park, testing myself with brief sprints, and feeling for the first time in my life, the power of the body.  The experience was humbling, if a little frightening, because I had spent so many years in denial of my physical sphere. But there I was, running as long as an hour and a half, my legs and arms toned, and feeling for very brief moments as if I was invincible.

Life interceded and I quit running after a while, but when I found my way to boxing a decade later, the sense of myself as a physical being began to kick back in. Even now, as I begin to live out the last of my 50s, I find the body’s capacity to renew itself to be truly remarkable.

Sometimes speaking to power has to do with embracing those parts of oneself that extend out in a giant roar of confidence and well-being. My younger self would never have believed that I was capable of saying that–which tells me that whether it’s through the pounding of feet along a path in the park or the extension of a jab in a boxing ring, the magic of finding an alignment of all the parts of one’s being is always within the realm of the possible. All one has to do is take the first step to try.

“Hey pretty,” and other stories from the battle of the bulge!

A Girlboxing reader wrote about the problem of looking into the mirror and shaking her head a bit at the body that stared back at her.  That is a hard one to reconcile.  There we all are working our bottoms off, eating one pea at a time and going through all the truly difficult work-out stuff, yet because we don’t look like the women adorning the cover of Self magazine we steel ourselves with a sharp intake of breath every time we look at ourselves in the mirror.

It reminds me of the Mighty Aphrodite speech I used to give my friends back in the day when I was — heck, in my early 40s and really full of things!  (That’s another story for another day.)

I was going through a breast cancer scare at the time (luckily negative) — but went through one of those moments after the first mammo, when air seemed to be sucked out of the room into a kind of hush as the Radiologist and the Technician came back in to take yet another film.  Days later in the waiting room before surgery to remove a bunch of nasty looking calcifications, my two oldest forever friends we’re trying to distract me with tales from their love lives (never a good thing, I can assure you).

Now both were in my estimation beauties.  One had long blonde hair a body honed by a lifetime of tennis, racquetball, running, weight lifting and the most perfect shiksa legs you ever saw.  The other one had more of an “exotic” beauty and happened to be in one of her thinner than thin stages.  To remind you, we were all in your early 40s and yet all these two gorgeous women could talk about was how they hated dating because eventually they’d have to “show” their bodies to a new man.  What?!? 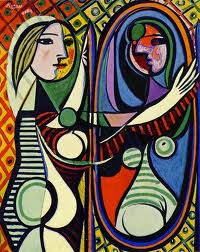 Girl in the Mirror, Picasso

Well, to say that I launched was an understatement, my basic point being you are Mighty Aphrodite, hear you roar!  Truly.  That body staring back at you in the mirror, the one with character and stories and loving feelings. The one that bore children or heartache. The one that fought illness. The one that gained and lost.  The one that worked out at five o’clock in the morning and ran in the rain.  The body with hints of ripples on your arms from slinging dumbbells or the fabulous movements of a Zumba class is, my friends, BEAUTIFUL.

Even when you hate that extra tire around your middle or my personal favorite, the “You’ve become one of those women,” statement from your doctor.  In my case it meant confronting how I’d become my grandmother. However, there is still deep beauty in the saggy skin and cottage cheese that combine to make YOUR fabulous thigh.  And to channel my grandmother even more you can go through the three stages of grief according to Lillian Miller:  first you cry, then you get up and wash your face, and then you do.   None of the seven stages nonsense for her.  Life is too damned short and has a way of making you 57 before you know it.

So Girlboxing friends please give yourselves a round of applause for where you are in life — and the next time you look in the mirror blow yourself a kiss and say, “Hey pretty,” it’ll work wonders for you!  I know that it did me.