Per @TalkinBoxing on Twitter, Feliciano came out strong in the first round and used her height advantage well in the second. Vincent dug in though and started to really bring it in the third round. By the fourth and fifth round she was breaking Feliciano down with hard hitting and relentless pursuit. The fight was the war they anticipated with both fighters slugging it out to the end of the bell in the 6th round. 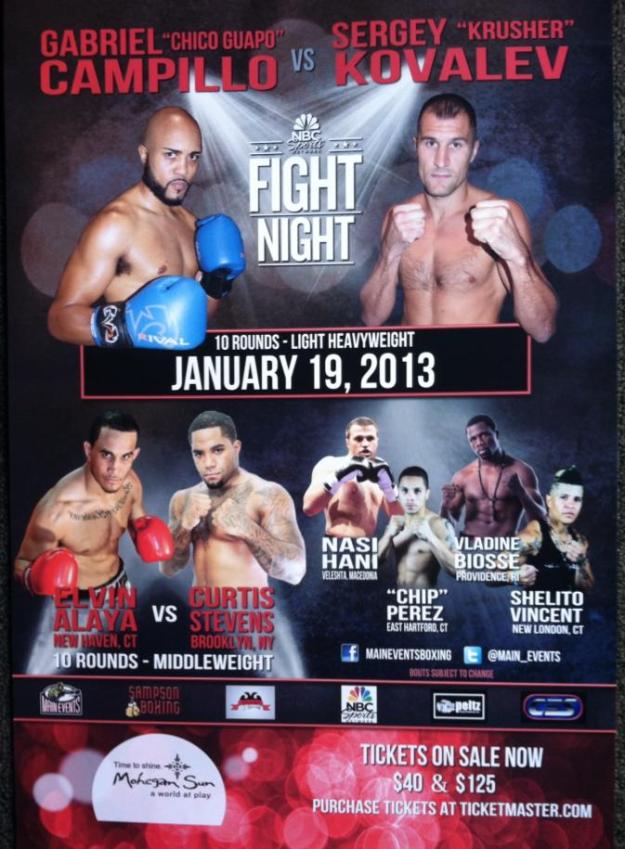 Shelito “Shelito’s Way” Vincent (6-0) is readying to fight her seventh bout on January 19, 2013 against boxer Nydia Feliciano (5-3-3).  The six-round bout is set for the Mohegan Sun Casino in Uncasville, Connecticut. Tickets are available from Ticketmaster.com ($40 & $125).

Girlboxing had the opportunity to interview Shelito ahead of her upcoming bout.  Here’s what she had to say: 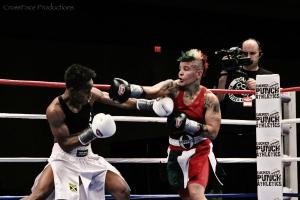 Q1.  You’ve got a great winning streak going for you. With the seventh fight on the line, what are you looking to achieve in you fight against Nydia Feliciano, arguably your most experienced opponent to date?

Looking to achieve the W… And a shot at taking her number one ranking in US from her… Yes definitely the most experienced to date… And she is an amazing fighter… It’s going to be a great hard fight… Probably a war… The city and casino will have a great women’s fight that night… Exciting from start to finish… We both going in ready for war… The whole card is stacked and will be dope from the debuts to the main events… I’m honored to be on this card with all these amazing fighters…CES, NBC and Main Events thank you for the opportunity… 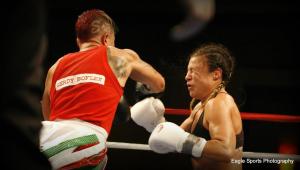 Q2. You turned pro in October of 2011. Now that you are well into your second year as a professional fighter, what is your game plan for achieving a title in the crowded women’s bantamweight division?

The game plan is always the same… Work harder than anyone else… And always give it our all… Of course timing has to be right too… I’ll be the first to tell you… I lack the experience these other woman had… I was 11-4 as an amateur; I won the National Golden Gloves  in 2011… Then turned pro and had 6 fights… Most women have an extensive amateur background… I’m pleased with the pace I’ve been moving… Jan 19th will be the next test… 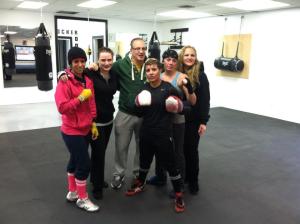 Shelito Vincent and her team @ Manfredo Boxing and Fitness

Q3. Peter Manfredo has been training you for some time, how has his mentoring helped you in the ring and how are you both working towards getting you to the next level?

Peter has made me a monster… I look at tapes from my debut and Ammy fighs and compare them to now, and the transformation is miraculous… I owe that man a lot… He gave me a chance and we haven’t let each other down… He gives me a hundred so u’ll never see me give him any less than 150… He’s like the father I didn’t have growing up… He’s there for me even outside the ring too…. Everyone needs a Lil’ Manfredo’s guidance in their lives lol… Great, great man and I’m lucky enough to call my friend… 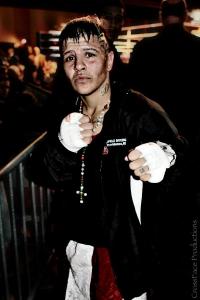 Q4. Your story continues to be one of triumph over adversity. Now that you have comfortably made the transition to professional boxing, what do you see as the challenges that are most important for you to overcome?

The biggest thing I struggle with is my own mind… I still struggle with bouts of
depression… But that’s also what keeps me motivated an keep moving forward In my career and in life… The fight is often therapeutic…
Q5. The fight card you’ll be on is set to broadcast on NBC’s Sport Network. While your fight might not make it to the broadcast, what is your sense of when women’s bouts will begin to routinely appear on air again?  Have you seen any changes since Claressa Shields brought home the gold this past August or is it more of the “same ‘ole, same ‘ole?
I‘m not sure…but it needs to happen…MMA does so much for their women… People will tune in… An I myself sell more then any male in this area… And Every time I do better… People do want to see it… Plus women are so exciting to watch… We go so hard trying to prove we belong here….I have people that fly in from other states when I fight and I don’t even know them… All we can do is cross our fingers and hope we can get some time… I think it will happen though…
Q6. You are starting to train young fighters yourself. What do you try to instill in your girls coming up and what they can accomplish in the sport and in life?
Hard work and dedication will get you anywhere and all you need… You just have to have the will and drive… And in life nothing can keep you down… Dark clouds eventually separate… Weathering the storm is the hard part… But no matter how gloomy things get there is always a turn around as long as your desire to shine through is there… Never let anyone or anything keep you down… Always talk and let it out… Locking away pain and harboring depression is so hard and draining… Feels amazing once you air it out…
Q7.  What’s next for you after Saturday night’s fight?
March 15th Twin River…. But only focused about getting through this fight right now…
Shelito Vincent v. Sherine Thomas, 11/29/2013