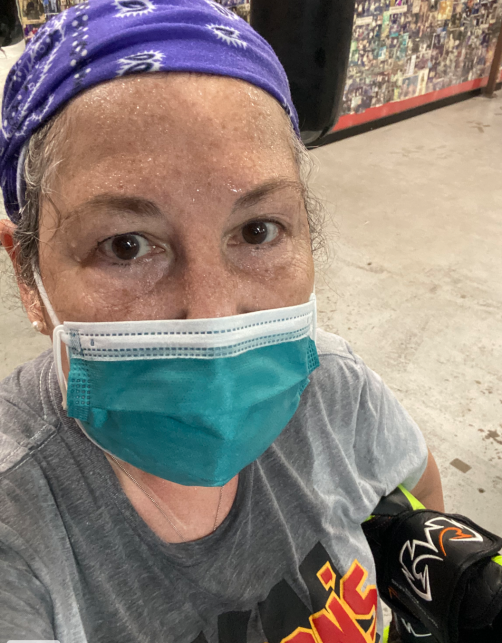 I admit it. Not every day is stellar.

I’d walked to the gym at my usual clip, feeling as if I’d work through my 16 rounds or so with reasonable ease, already planning out the things I wanted to work on: Moving with the jab, followed by a sidestep for a quick right to the body, left hook, straight right combination, before moving on to the next jab. As I shadow boxed, that worked for about a minute of the first round before I started to slow down.

“One of those mornings,” I thought, as I took the pace down a notch.

And yes, Gleason’s Gym was still fairly summer-hot and very, very humid, but today, the stickiness in the air seemed to be getting to me more than usual.

By the fourth round I found I needed to slow it down even more. Still feeling that I could make it work I boxed four progressively slower rounds on the heavy bag and one last attempt at a fifth, making my total nine for the day.  And yep, that was it. I knew I had to call it quits. This was not my morning.

In trying to analyze it, I realized I was still a bit unnerved by news I’d received the night before. Someone I am close to suffered a TIA* – a mini-stroke that left her unable to speak in the middle of a zoom call. She was pretty much back to her self within 30 minutes, but on the advise of her doctor, went to the Emergency Room and was admitted overnight for monitoring and further tests. I had just seen her the week before our first true outing since before the pandemic, so it all came as a surprise. At 76, she is robust, but the reality is at a certain point, things just happen.

As I walked back home, still slow, slow enough that my walk wasn’t even registering as “exercise” on my iWatch, I reflected on it all. I realized that knowing when to pull out was just as important as pushing forward. That there is a moment when the positive of exercise or any of our actions gives way to something that may be less than brilliant. That knowing one’s limits is another aspect of self-care.

So … yes, reflecting the positive sometimes means listening to your body when it says, you are done working out for the day. Time to go home.