Olympic Trials- The Finalists … with one to come 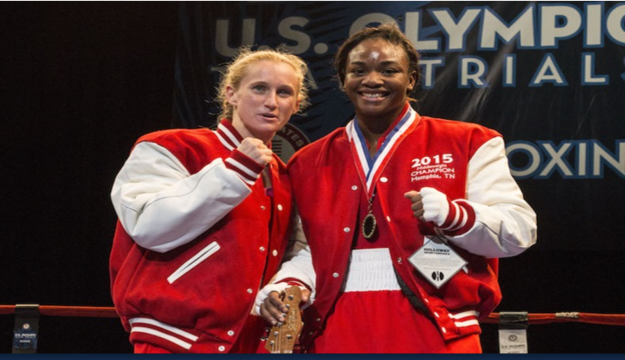 Triumphant Flyweight Virginia Fuchs (l) and Middleweight Claressa Shields have won their respective finals at the 2015 Olympic Trials in Memphis, TN. They have earned the right to compete at the Continental Olympic Qualifier in 2016 as USA Boxing Olympians. Photo Credit: USA Boxing

Flyweight contender Virginia Fuchs had her night of relentless technical execution and determination that led to the 2-1 unseating of the 2012 bronze medalist Marlen Esparza.

Reigning Olympic gold medalist in the middleweight division Claressa Shields had her 3-0 night, fending off her challenger, Tika Hemingway, who’d loudly proclaimed that she’d take it from her. Shields had other plans and after outboxing Hemingway with an impressive performance, became the United States only two-time female boxing Olympian. 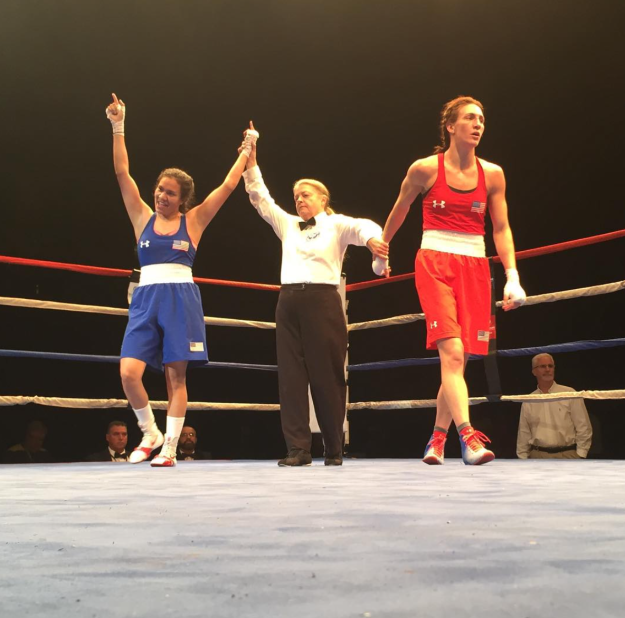 And lightweight upstart, 18-year-old Jajaira Gonzales, pushed the envelope in her win over Mikaela Mayer to make it one a piece. Today’s box-off will decide which of these two warriors will represent the United States in the Olympic qualifiers next year. Both fighters bring a lot to the contest. Mayer has strong technical abilities and with her longer reach can box tall, whereas Gonzalez brings aggression, pressure and fast hands that seem relentless. For all her youth, Gonzales has won impressive international titles readily matching Mayer’s competitive fire.

Stand ready to applaud them all!

*This is Mikaela Mayer’s first loss. Championship box-off between Jajaira Gonzalez and Mikaela Mayer will take place at 4:00 PM on Sunday, November 1 at the Cook Convention Center South Hall.

1 thought on “Olympic Trials- The Finalists”