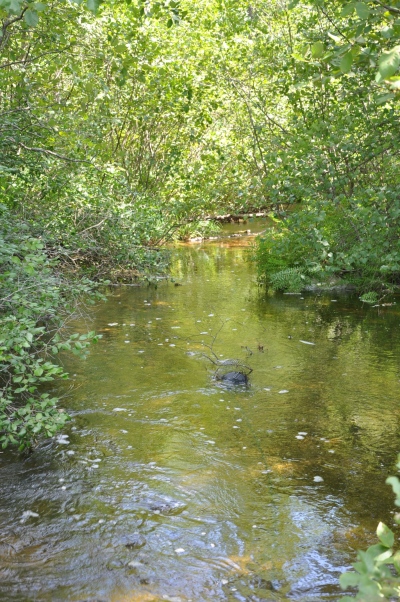 I’ve been attempting to work through the recent terrorist attack at Charlie Hebdo, the French satirical newsweekly—and thereby attempt, in some small way to write about it.

For the French, the three days of carnage beginning with the horrific murder of 12 staff members, including four renowned cartoonists at the offices of Charlie Hebdo, by Said and Cherif Kouachi, has been an agonizing period of anxiety and pain. In all, 17 people were horribly murdered including a young policewoman, a jogger and four shoppers in a Kosher supermarket who were all apparently gunned down by another in the Kouachi brother’s “terrorist cell,” Amedy Coulibaly.

For those of us in New York who lived through the experience of the World Trade Center terror attack on September 11, 2001, there is an acute understanding of the almost out-of-body dissociation one can feel living through the moment-by-moment experiences of that sort of horror. We are, after all, merely ordinary, perhaps showing courage in our daily lives, and perhaps not, but certainly not prepared for the kind of terror that a Kalashnikov wielding “crazy” brings. 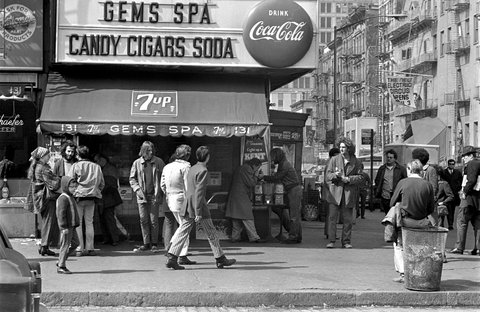 If I am being disingenuous at all, it is in the sense that we people who live in cities do come to understand that there are those intangibles: Cars that suddenly veer off and cause havoc and death in a restaurant storefront, or the running gun play of teens that may careen in through a window, putting a small child in harms way. Not to mention, the daily violence in families that spill out into “social services” pretty much unnoticed except for the truly horrific ones that end up on the covers of the tabloids. Still, those truly terrifying experiences do not seem to equate with the other kind of sudden violence in the cocoon of our western democracies—and go against our sense of decency, right and wrong, and collectively at least, if not individually, our sense that such things as cartoons that satirize religion and politics, are just this side of “okay” in the scheme of things, even if they tend to be on the edge or even over the line of distasteful. What they are not, are killing offenses by self-proclaimed executioners in the name of one ideological or religious belief or another.

What I keep asking myself is this. Are our beliefs really that tenuous? Are they that uncertain, that a cartoon, really, a cartoon can be so offensive as to warrant the murder of 12 people?

I write that having figured that if what I believe is strong and certain, I, me, the individual, can well afford to be magnanimous in accepting that others may not agree or share my point of view. Thus I would never consider that the words of another would so shake me to the core of my being that I would jump at the chance to “right” the perceived “wrong” by choosing to kill as many nonbelievers as I could as I made my way to whatever Valhalla I figured I was entitled to for my “acts.”

The giant, “ugh” aside—at any given moment on our beautiful earth, just such things occur day by day by day in both religious and sectarian struggles all the in the name of a greater something or other. Or, to bring down to the ground, even to the level of a power struggle between two partners where one feels the right to bash the other senseless in the name of being “right.” 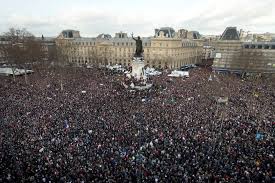 And while it was heartening to know that 3.7 million persons marched in Paris yesterday in solidarity to reaffirm the principles of Liberté, Égalité, Fraternité (Liberty, Freedom and Fraternity), I am fearful of the backlash to terrorism that can just as easily sweep through to give us yet more examples of the ugliness of revenge on the ordinary, the “us” that is not quite us that devolves into further violence and extremism.

It is the misadventure of well-intentioned reactions that scares me just as much as the acts of terrorism themselves. And having lived through the daily miasma of misery inflicted on ordinary citizens caught in the cross fire of acts for and against terrorism, I remain fearful—and perhaps the tiniest bit cynical about what the future will bring.

My best self, however, knows that just such ideals as freedom and peace and love live on anyway.

After all, in the midst of acts of terror the world over, two-alarm fires, police slowdowns, and the kind of cold that almost demands that one turn over after the alarm goes off to burrow that much deeper under the covers, by 10:30 AM this past Saturday morning, Gleason’s Gym was full of men and women in varying stages of their workouts. A quick glance showed the Give A Kid A Dream youngsters shadowboxing alongside boxing professionals in front of the mirror, amateur fighters putting in rounds ahead of the Golden Gloves, and fighters sparring in all of Gleason’s four boxing rings.

For me, sweaty from five great rounds sparring with my trainer Lennox Blackmoore, the scary fever dreams of terror were suitably buried in one recess of my mind or another. And while I have shed tears for the victims, and will likely go to Synagogue this Friday in solidarity with the French victims at the kosher supermarket in Paris, I will try hard to push forward with a smile, with little thought given to the crazies with Kalashnikovs. They are, despite their seeming out-sized appearances, a really, really tiny portion of the world, which is mostly occupied by persons going about their day in the struggles that define us.

Leastways, that is what I hope for, even if the blue meanies hit me square in the nose sometimes with darker thoughts. Oh well. Je suis humaine.