Christina Hammer improved her undefeated record to 12-0 by defeating Julie “Queen” Tshabalala by unanimous decision through ten rounds of boxing.  The much shorter Tshabalala was said to have fought well inside, however, Hammer proved to be overpowering through out the fight. 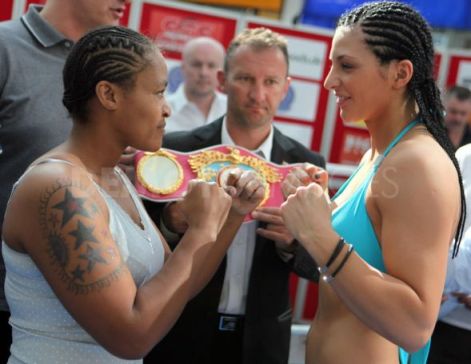 WBF Female middleweight champion, Christina Hammer, 21, is considered the number one women’s boxing middleweight fighting today. She will be putting it all on the line tonight in a championship bout at the Vodova Arena in Brno, Czech Republic. 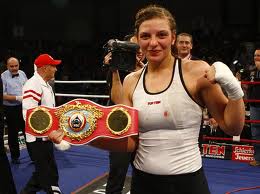 The naturalized German citizen by way of Kazakhstan, Hammer (11-0, 7-KOs) will be fighting her third title defense against South Africa’s own (4-1-1, 1-KO). Hailing from Johannesburg, Tshabalala is the current South African Middleweight champion and most recently defended her title against Lilian Molala WBF Female middleweight this past August 2011.

Hammer is known for her tough, saavy fighting style and last October, handily defeated Vashon Living (5-1-0). This begs the question as to whether Tshabalala has the experience to be competitive in the ring against Hammer, although she is known for her tenacity in the ring.

For those who want to see it, the fight will be streaming live beginning at 8:00 PM local time at the following link: www.bild.de