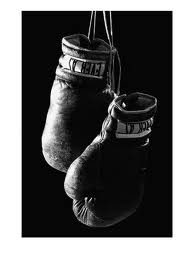 I watched the Sergio “Maravilla” Martinez vs. Sergiy Dzinziruk fight last night and came away truly impressed with Martinez’s fighting ability and the maturity he showed in the ring.  Not only had he truly trained for the bout, but his mental fortitude was also apparent as he kept to his game, never lost focus and put on the kind of boxing show that keeps fans out of their seats in concert with the fighters, all without the kind of self-aggrandizing nonsense that so often, of late, gets in the way of a good bout.  Given his peak physical condition and the kind of training regimen he keeps to, we shall likely have Martinez, 36, around for some time to come.  The fight was truly boxing at its best with a huge shout out to Dzinziruk for his considerable efforts in the fight.

The triple-header WBC title fights to have been held at Tokyo’s Korakuen Hall have been put on hold due to the devastating earthquake the hit North-Eastern Japan on Friday.  Apparently all six of the boxers had just completed their official weigh-ins when the earthquake hit.  Thankfully, none of the participants were injured.  The OBPF light flyweight bout was also canceled. For more on the story in WBAN click here. 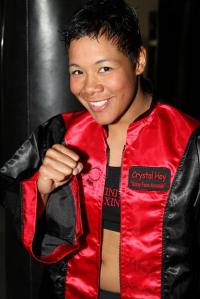 A Girlboxing shout out to Crystal “Baby Faced Assassin” Hoy (5-4-3 2-KO) on getting the nod to represent the Philippines in the upcoming Mexican Women’s Boxing reality TV-show:  Todas Contra México.  Crystal will join Karolina Owczarz and Keisher “Fire” McLeod-Wells on the international team as each contestant vies to win the $100,000 dollar prize. Click here for a nice feature piece on Crystal on the GMAnews.tv website.

Ana Julaton – the next bout?

Close on the heels of her successful WBO Super Bantamweight defense, The Philippines Star is reporting that Ana “The Hurricane” Julaton “is yearning for a rematch with Lisa “Bad News” Brown in the hope of avenging one of the most heartrending losses in her boxing career.”  This fight, however, will need to occur after her next bout deemed a title defense by a “mandatory challenger,” although neither Julaton nor her team are talking on what fighter that may be or where and when the fight will occur.

Julaton, a popular boxer in both her native California is considering having her next bout on Philippine soil.  Time will tell.  The link to the story is here.