As anyone who has read this blog for a while knows, I am no spring chicken.  Not that I am ready for the grave, but as a post-war baby boomer born in the mid-1950s, I’ve lived through extraordinary social and political change. And yes, by post-war I mean the “big one,” WW2.  I bring up WW2 because so much of the promise of America that led to notions of American exceptionalism in the 1950s was built on an ideology of American hegemony as not only beneficent, but as the savior of the world.  Scratch that surface, of course, and one tells a different story of McCarthyism, “lavender” scares, Jim Crow segregation, overt sexism and a host of other social and political ills. One can also argue, however, that the precise forces that led to American prosperity and might, created an atmosphere that laid the groundwork for the great movements of the late 1950s through the 1970s. Movements that brought us civil rights, the end to the Viet Nam War, gender and gay rights, open immigration, and a buy-in to notions American fairness and equality were finally bringing the promise of the American Declaration of Independence to the fore.

So fast forward decades, with all of our prosperity, and here we are as Americans in the era of ultimate free choice. We can chose to narcotize ourselves with any drug we wish for hours at a time, and by narcotize, I’m not even talking about actual drugs, but the hours we spend “binge watching” shows on our “smart devices,” from phones to electronic pads to computers and so on.  Sit on a subway these days and I defy you to find someone reading an actual book or a newspaper. Instead of carefully following the ritual of the New York Times fold while precariously hanging on to the “strap,” with our legs slightly bent at the knees to keep us upright as we lurch forward, one leans wherever possible with a snarly pout (thereby hogging the poll), while dexterously clicking through a myriad of games, Instagram posts, YouTube videos, or one binge watchable show or another. Not that reading a newspaper was any more social vis-a-vis that special New York City ethos of never engaging with a stranger, but the act of reading from an actual newspaper added a kind of kinesthetic experience, including what to do about the newsprint, that seems more active than todays “thumbing.”

It also seems that a New York City subway these days is about as egalitarian as it gets–on the one hand the pride of the promise of America, but on the other, symptomatic of how down our rabbit hole of self-interest we have become, not to mention the crowding and inherent depersonalization of our post-modern life. That all aside, our current politic of retrograde-everything–that questions the heart of what Americanism truly is, has led to a clarion call that feels very much like the activism of by-gone eras in America.

Whether the Black Lives Matter movement born of one too many police shootings of people of color, the rise in women filing to run for office because their sick of ongoing sexism, the rise of #MeToo and #TimesUp, the burgeoning movement of teenager survivors of the school shooting at Marjory Stoneman Douglas High School in Parkland, Florida who’ve taken their case for gun control to the Florida State house, reengagement with the idea of nuclear disarmament, the pressing need to work to mitigate climate change, and so on, not to mention the rise in the concept of #Resistance born of Donald Trump’s election to the presidency; we are on the precipice of change and an awakened consciousness of our many problems and of the opportunity they bring for solutions.

Rather than the retrograde notion of making American “white” again — whatever that means given we were never that — or making America “America” again, i.e., non-immigrant, again something we never were; we are seeing in the rising of articulate and well-reasoned arguments, groups of people who are refusing to remain in their rabbit-holes of reality television, game shows and the latest binge-watchable series, to face up to speak truth to power. At the same time, commercial endeavors, such at the newly released Marvel spectacular, Black Panther, are provoking us to ask questions on a grander scale that not only call into question the idea of American hegemony, but the continuing damage of colonialism as a whole, and the larger hegemony of “western civilization” that is the root of American Exceptionalism. 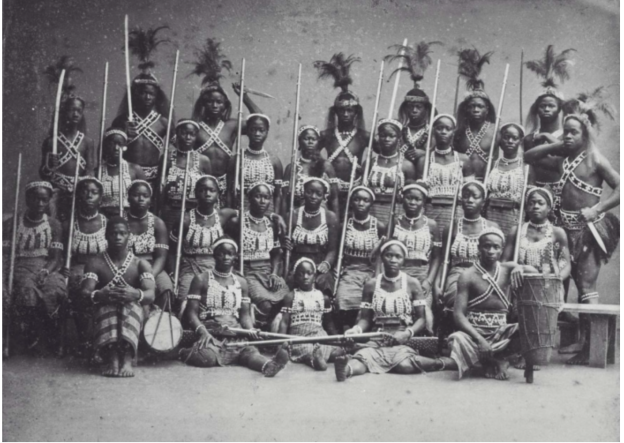 And yes, I will not fail to mention, that were actual female warriors in the African Kingdom of Dahomey who fought bravely for centuries against all enemies, including the French Foreign Legion until they were finally defeated and disbanded once the nation came under Colonial thumb of the French.

What does this all mean in the end?

To my thinking it is time to wake up, get off our collective complacency, and begin to do the work of making this nation a country of real fairness and equity. That means doing the very hard work of facing our truths and in doing so, find our way forward to real solutions to our myriad problems. I fear if we do not, we shall meander into a further downward spiral that will find us further from the true prize of human progress.

This speech given by Dr. King, delivered shortly before his death is prophetic, if painful to hear, but hear it you must.